This Is My Story

Born and raised in Akron, Ohio, Mylan Murphy is an innovative and creative Social Media Influencer, Entrepreneur and Motivational Speaker whose passion for all things basketball has led to a consistent impact and immense change amongst social media. An ex collegiate athlete, Mylan’s strong belief to change the negative narratives in his life and create positive change has been an established motto he lives by. 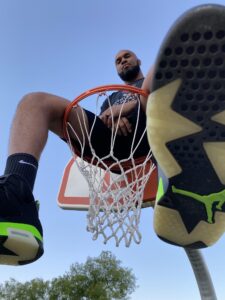 Prior to the Coronavirus pandemic, Mylan was very active with motivational speaking and traveling across the country to empower students. Once stay-at-home orders went into effect, Mylan was abruptly stripped of his speaking engagements and forced to create a new way of motivating. Motivated By Mylan was born through the pandemic as a way to stay connected to the young men and women that needed his motivational words. He decided to get back to his athletic roots and start making sports DIY videos, initially, for young athletes to improve on their craft at home. Mylan’s creative audience has since shifted and is dedicated to men and women of all ages who are inspired by his inventiveness. 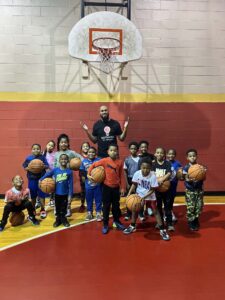 Coined the “CEO of DIY” through his social media success, Mylan found a way to use his passion for basketball to reach a generation of young people by encouraging the use of practical, everyday items that can be utilized to create all things basketball during the pandemic. Mylan’s encouragement for people to make something from nothing with things they had laying around the house, fueled the DIY creativity in him. He has been featured in People, House of Highlights, ESPN, SportsCenter, Bleacher Report, Overtime, Uninterrupted, and many more. 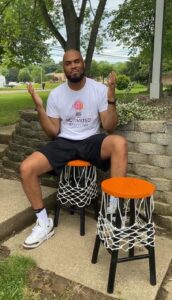 Mylan’s entrepreneurial journey was fueled at an early age when he launched his clothing line business, Novel Clothing at the age of 13. This venture was a means for Mylan to help support his mother financially, and later became a thriving business in his high school years. 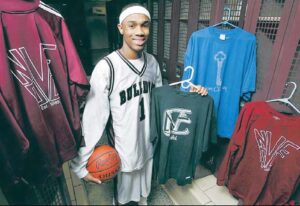 A defining moment in Mylan’s life came while in his senior year of high school, when he suffered what was thought to be a career ending leg injury while playing basketball in a pick-up game at a church. Fracturing his tibia in eight locations and over stretching his ACL/PCL, this injury caused Mylan to lose out on all of his Division 1 basketball offers. Even after eight months of being unable to walk, Mylan describes his injury as a life-changing moment in his life. His down time taught him discipline and perseverance. While recovering from his injury, Mylan received a call from Northern Michigan University, giving him the opportunity to play on a full-ride basketball scholarship, despite his recent leg injury. In 2012, a first generation graduate, Mylan graduated from Northern Michigan University with a Bachelors in Entertainment and Sports Promotion. 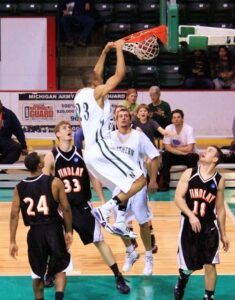 An unforgettable experience and career highlight for Mylan after graduating was working as the digital marketing specialist for the London 2012 Summer Olympics and Sochi 2014 Winter Olympic Games, where he was involved in the Road to Sochi mobile app and managing the TeamUSA.org website. Mylan’s education didn’t stop at undergrad. He later went on to receive his Masters in Psychology – Training, Development and Performance Improvement in 2014. 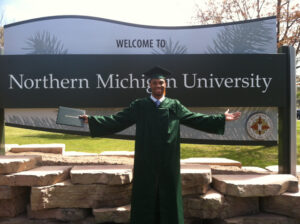 A devastating loss in 2019, turned Mylan’s world upside-down when he lost his mother to breast cancer and shortly after, lost his grandmother. Despite the most important losses of his life, Mylan continued to use his biggest obstacles as strength and motivation. Through his strength, dedication and determination to empower and motivate the youth, Mylan self-published his first children’s book, “It Only Takes 1”, dedicated to his Mother, Terri L. Murphy. 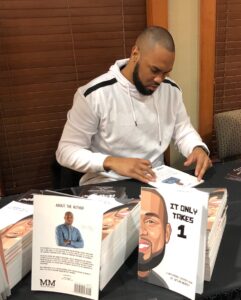 Today, as a devoted husband and father, Mylan knows the true meaning of life and giving back to others. With 1 MILLION followers across all socials and over 283 MILLION views later, Mylan has found an impactful passion like no other. 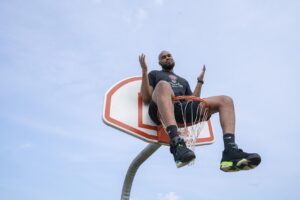